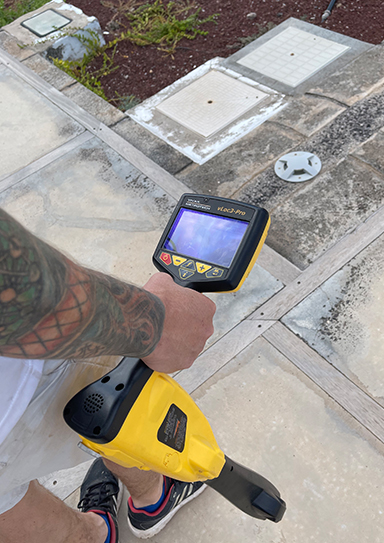 One of the biggest problems that we have in the 21st century when it comes to utilities is that virtually everything runs underground. In one sense that is fine, because it doesn’t get in our way. However, when something goes wrong with your phone because there is a fault with the cable, you don’t know where it is. This is why cable detection in Lanzarote is so important in those circumstances.

In fact, cable detection in Lanzarote should be carried out in any instance where it is necessary to dig. And it doesn’t just apply to telephone cables. It also applies to electricity cables, water pipes, sewage pipes, fibreoptics, and so on.

The problem then is that if you start digging along where you think the cable or pipe runs you may be right. Then again, you may not. But worse still, is the fact that you could dig for days along where a pipe or cable lays until you finally arrive at the point where the damage has occurred.

There Is Worse To Come

Wouldn’t it be wonderful if you knew exactly what utilities are running into your home, where they are, and even how deep down they are? You would then know where everything runs, and how to avoid striking other utilities when you commence digging.

Better still, if you have a damaged phone cable or water pipe, would you like to know exactly where the damage is before you ever put a spade in the ground? Then, not only would you know what utilities run where, but you would also know exactly where you have to dig in order to repair the damage, without digging along a cable for days. It would be like having a three-dimensional map of everything that is underground.

Well, the good news is that you can! At CanaryDetect we can locate all your underground services and in a lot of cases tell you where the damage is. So, if you have a leaking water pipe, we will be able to find the leak for you!

We use specialist equipment which “reads” what is going on underground so that we can tell you where you need to dig, and most importantly what you need to avoid striking when you do so. What could be better?