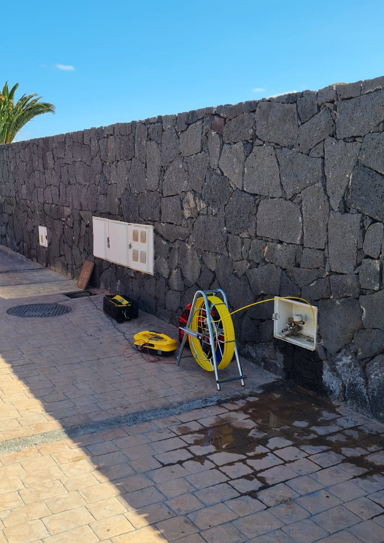 If you are suffering from a leaking water pipe it can be anything from a nuisance to utterly infuriating. Unfortunately, depending upon where the leak is, it can cause serious damage to a property that can run into thousands to repair.

Water pipes that run into your property run underground, so you can’t see them. They also run up inside walls and across the ceilings of lower rooms to deliver the water to your bathroom shower, toilet, and so on. Much the same thing applies to your kitchen. It is only the last little bit where they connect to the taps that you can see them.

Not only can you not see the vast majority of your water pipes, but the fact is that they can leak for a long time without you even noticing. In fact, the only time that they are spotted by some homeowners is when they realise that their water bill is going up for no apparent reason. Water isn’t free, and if you have a leaking pipe, you will get charged for the extra usage.

Of course, sometimes you may be able to see a damp patch on a wall, or a ceiling. You may also suffer from low water pressure. Indeed, as I write this, a few days before Christmas, the water pressure is very low in my town and three others nearby. Some properties have no water at all. This is as a result of a burst main which the water supplier is working to rectify, but the same thing can happen to the water pipes in your own property which would only affect you as the homeowner.

Small Leaks Can Be The Most Dangerous

However, you may have only a small leak which doesn’t seem to affect the pressure, and these can be the most dangerous kinds because a small leak may go on for years without it being spotted. Unfortunately, that can cause serious damage to brickwork, foundations, and so on, that could cost a small fortune to fix, as we said. It can also result in mould on walls and ceilings which is dangerous to health.

But it can get worse, because if you have a water leak in underground pipes, that could also affect neighbouring properties and cause them damage for which you could be held responsible. Another issue is that your water supply could suffer from contamination, and you don’t want to be using contaminated water in your home.

All of this means that if you have any reason to suspect a water leak on your property you need to locate it and get it fixed as quickly as possible. But how do you find a water leak when you cannot even see the pipes?

The short answer is that you don’t. But at Canary Detect we can do that for you. We have specialist equipment that we use solely for the purpose of locating and identifying underground services, and wherever else they may run such as in walls and under floors – and not just water pipes, but electricity, gas, telephone cables, and more.

So, if you suspect that you have a water leak, give us a call. We will come out and locate the leak to within centimetres for you. We can then also repair the leak so that you have total peace of mind.