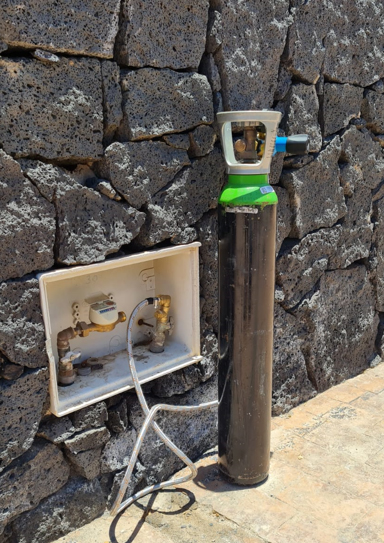 One of the most frustrating things that can happen to a business or home is that of water leaks or interruptions to other underground services. Most of the things that we use in the home or office arrive or leave underground – water, electricity, gas, sewage, telecoms, and so on. If something goes wrong, how do you know where it has happened?

This saves an interminable amount of digging in order to locate first the pipe, and then digging along it in order to find the point where the water is leaking. That is not only costly in terms of labour but also in the effect that it has on your land or garden. You might be lucky and find the leak in five or ten yards. On the other hand, you might be unlucky and have to dig up half of your garden before you come to the point where the leak is. That is not funny.

Not only can we accurately locate the pipes and other underground services but using the advanced tools that we have we can also identify the depth at which the service runs. We insert a sonde into the pipe and then use a Vivax Pro 3 and GPR (Ground Penetrating Radar) to follow the pipe and work out the depth.

A Mix Of Nitrogen And Hydrogen

Once we know where the pipe is, we can then insert a mixture of nitrogen and hydrogen gas, which is perfectly safe, into the pipe and this will rise to the surface of the ground from the point of the leak. It can also rise to the surface in other areas because of the variations in the ground subsurface. This means that it is critical to know where the pipe runs before using the gas.

We then use a Gas Check 2 system following the full route of the pipe and this detects and measures the gas. This will tell us where the most gas is arising which will be the point on the pipe where the leak is.

Once we know for certain where the leak is occurring, it is then a simple matter to dig down at that point and fix the leak.